I’m writing this blog posting with deep gratitude to Wilson Koh, who organized the event, prepared and hosted the lunar New Year’s Day party in his dorm last week, on the 16th of February. (You’re awesome Wilson!! 🙂 ) 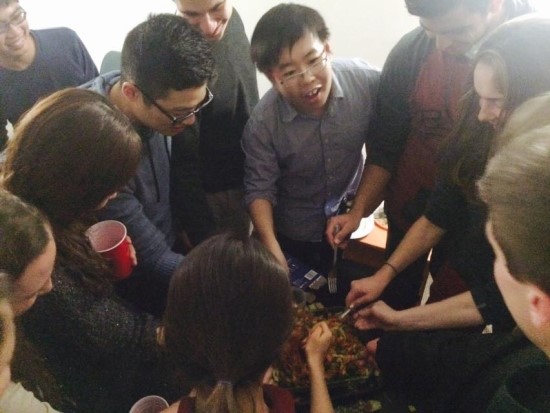 Here in DC, close friends are like our families, for as exchange students most of us came here alone, with families or relatives staying in our home country. Having a Lunar New Year’s Day party together meant a lot to us, not only in terms of sharing different cultures but most importantly, being thankful for each other’s presence as family-like friends, to whom we could rely upon and share feelings together in a foreign country. 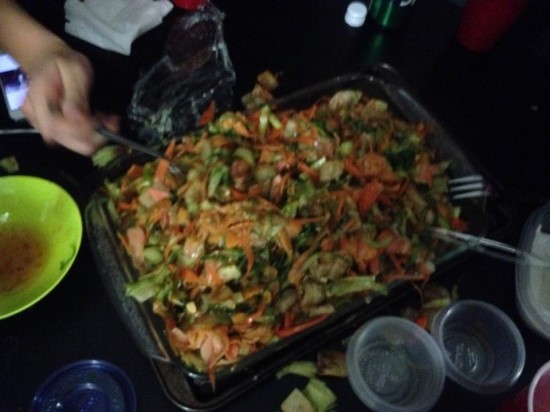 Wilson (who is from Singapore) was the host of this Lunar New Year’s Day dinner event, and asked me and my friends to join the cooking. He himself cooked a lot of dishes and the rest of us usually cooked and brought one or two dishes. All put on one table, the dinner was the congregation of Korean, Chinese, Japanese, Singaporian dishes. After the dinner, Wilson introduced a Singaporian custom of the New Year’s Day which is called yusheng (or lohei). Yusheng is the food Singaporians eat on the New Year’s Day with their family, and the ingredients they put in the food each has different meanings, such as luck, wealth, success, youth, happiness and so on. Every participant for this yusheng says out loud the words that signifies all such good remarks and blessings and together, mixes all the ingredients like salad using chopsticks. We shared the food afterwards. It was a fun and memorable event, and above all another new and energetic, friendly start of 2015! 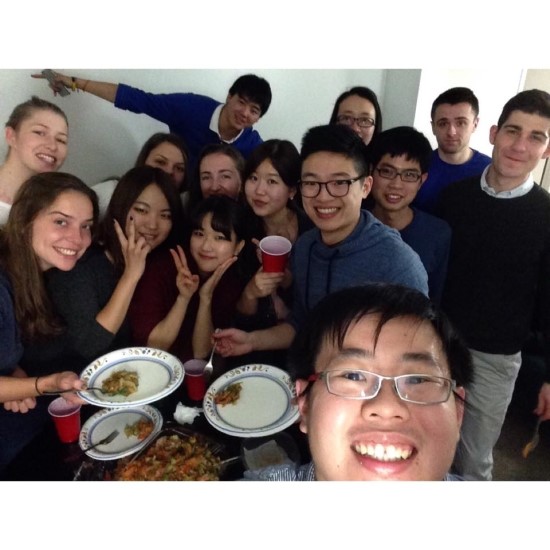